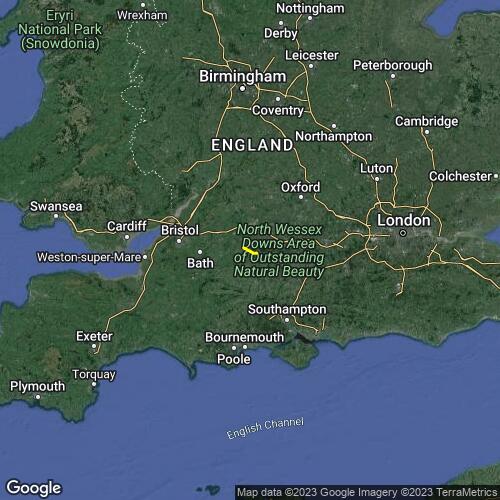 I feared that it might be too windy, or that the high pressure might make it horrible, but neither happened. Red kites marked the thermals, although they tended to concentrate on playing rather than climbing, so that I had to remind myself that my vario doesn't lie, and the birds sometimes do.

Got to base at 3,000, but then faced a big gap between clouds, and sank out. An hour later the sky was MUCH better! Still, I had a lovely view of Silbury Hill and West Kennet Long Barrow.