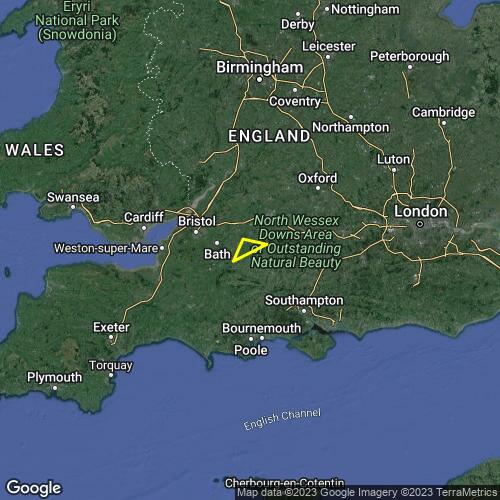 It was hard to work any weak thermals on the hill for a long time, but eventually a red kite showed a good climb. Not only were there some cumulus (the forecast suggested possibly blue) but cloud base reached over 7500ft which I had never before experienced in the UK. The wind direction also turned out to be exactly as forecast (SE going SW) and helped avoid much flying upwind. A good day despite the late start.