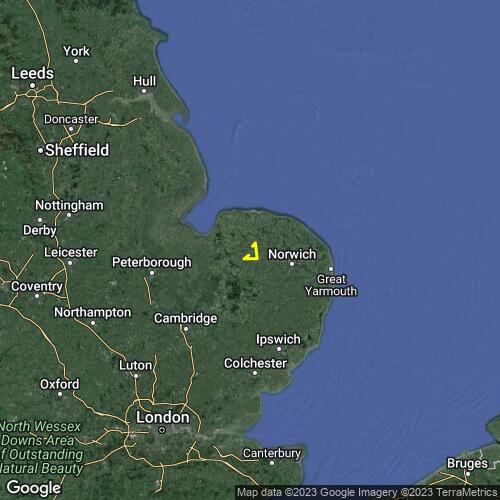 That felt a lot of hard work for 29points. Great to have had 2:15 in the air and be able to see where you took off from and your house most of the time made the flight that little bit more special.

Forecasted light winds and lots of Notams of Fast Jets, it made planning a suitable triangle difficult decision. 40KM Triangle was decided upon. Got me excited enough to get a day off work mid week.

The Scariest part of the day is drawing straws (or in our case cards) low winches first; higher last, I had drawn an 8 which was the highest out of 3 today. So I need to get set up and ready to fly as early as possible.

Managed to get myself on the 2nd line, and found some lift right off release, Always nice when that happens.

The rest of the flight I found quite challenging, the climbs or most seemed very bitty, being patient and following the '0' and.5's up, finally got me away, Watching Becky, who took the first line, get hoofed up not too far away from me, I wanted to fly to her, but, I was in something and she was far enough away for me not to lose what I got at only 1100ft. I stuck with what I had but couldn't seem to get above 2350ft. At which point I seemed to lose the climb. Do I glide down wind or back to the field?

I chose down wind, got a climb off the High power Electric Pylons which finally got me up to a decent height, most of the fight was between 1900 and 4,000 ft, Ticking off the turn points 1 by 1 slowly but surely on my last turn point I had a big push in to wind, running out of idea as loads of sink between climbs. I saw a lone seagull shoot up, so diverted to him and was rewarded with probably my strongest sustained climb ever in the UK, all the way to base, which was a bit scary with all the fast jet activity going on. With only 5km in to wind to go and a downwind dash back to the field, I thought the triangle was in the bag. ERROR, from 5200ft to Ground, ( Hero to Zero in a flash) not sure what went wrong, I presume the sea air had something to do with it, although didn't feel like I had the Seabreeze on landing.

All in all a better day than in the hot hot hot office.