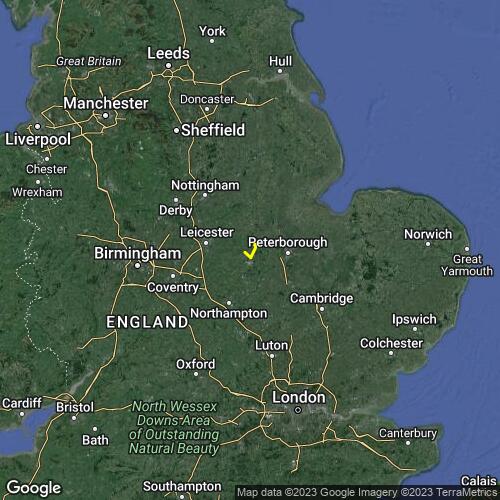 Funny old day with quite a lot of lift despite 7/8 cloud. Managed to climb out on the first tow but came back as base was only 3k and thought others might join. Second tow didnt connect. Third tow got another good climb but fell out. Fourth it finally felt 'solid' enough to want to go. Got a second nice climb approaching Corby and was thinking optimistically about a next climb to reach Kettering or maybe even Wellingborough. But then got hit by few spits of rain and took another look at the sky and decided against down-winding it. Found a lifty line back to Liddington but the climb there was fairly feeble so would have tracked back to Corby. So pushed on back to the deck at Uppingham which meant I was close enough to home to call the missus and get a lift back to the field - and the pub!