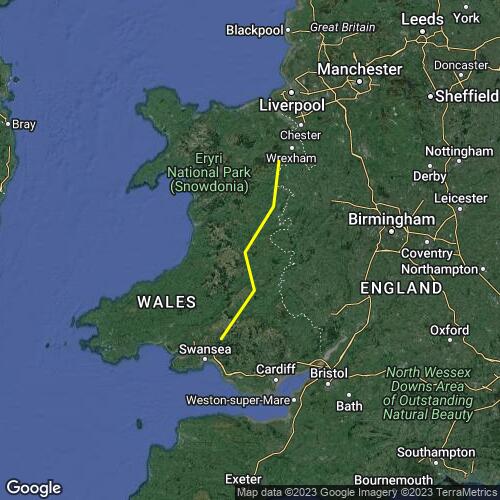 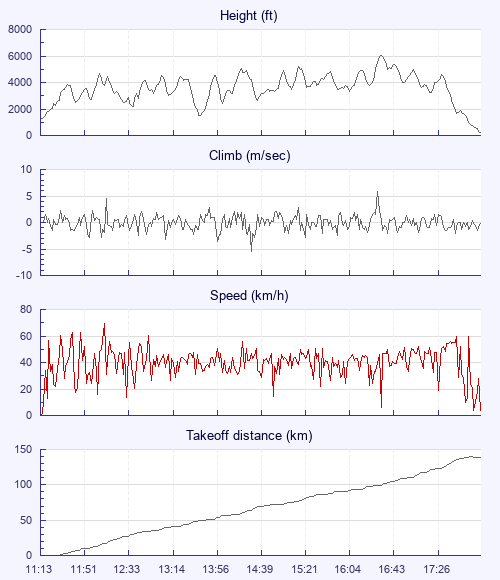 The slow road to Neath (ish)

The call was made by pretty much every XC chasing pilot in England and Wales that Llangollen was th hill to be. After a late start and drive up we arrived at the hill to be greated by what seemed to be a Pre North South cup gathering as the North and South XC pilots met on mutual ground.

There had been back and forth all night and morning about Goal, originally it was Neath, then Pyle, then Ammanford, then Llanelli and finally all settled on Neath.

The climb out from the hill was pretty simple, it took about 20 mins as the day wasn't properly working, but when it was we had a gaggle filled with great pilots.

The usual team were together but myself, Tom, Laurence and Joe had to go on without Kirsty and Alex as climbs taken from all over the main Ridge.

Afte a short while we had formed a nice gaggle that stayed together for a large portion of the flight. Joing up with Lawrie, Butty, Jacob and Jack. This worked really well and despite alternating between leading and being low the gaggle was well established and remained that way for around 80km.

Unfortunately we lost Lawrie and then we lost Jacob and Jack just before Builth Wells and this proved to be quite the crux of the flight. We spent around 40 minutes in a 5km area just trying to get high and work dribble.

With just myself, Butty, Laurie and Tom remaining it was acknowledged on the radio that it had taken us 5 hours to do less than 100km… What the hell… Unfortunately the sky didn't look like it would offer us any chance to speed up.

With 54km left to goal we finally got really high and topped out at 6000feet to skirt our way past he Sennybridge airspace. After that we were back to dribble as the seabreez slowly swallowed the good sky and left CU clouds looking as if the life was falling out the bottom of them.

On a brief radio message I told Laurence that I thought we could do it, it was going to be tricky but if we stayed consistent it was looking possible. Rewarded for positivity with two climbing buzzards we topped up again to 5000 feet with about 35km to go.

After a long glide and small top up we were approaching the Ystradgynlais valley and I had, (in my infinite wisdom) decided a decaying sky and trick last 20km was a good time to start pushing on. On the glide into the valley the vario remained silent with negativity (I don't use a sink alarm) and around 200feet above a forest I heard the call from behind that Tom was climbing in a weak climb. Despite doing a 180° turn, I was too low to push back into wind and had to chance it in the valley. Unfortunately, the dribble that been pushed into he valley was so weak that I was literally maintaining in a zero against a hill scattered with power lines and my defeat was ever imminent.

I watched from landing field 10km short of goal as the guys continued their weak climb about 5km back and eventually got the height to cross the valley and continue. They did and they made it to Neath… I'm chuffed as we all deserved to be there with a flight like today's. Unfortunately there are just times when you should be Conservative and I missed out by pushing so close to goal.

Hey, that's the game… Its so stupid to get down about missing a target on a GPS… Today's flight was hard, tedious, fun, beautiful and shared with great friends. Paragliding gives you something that transcends the competition and quest for points and today was one of the days to prove that.

Well done to anyone who made goal today. It was a tricky one and you deserve it.