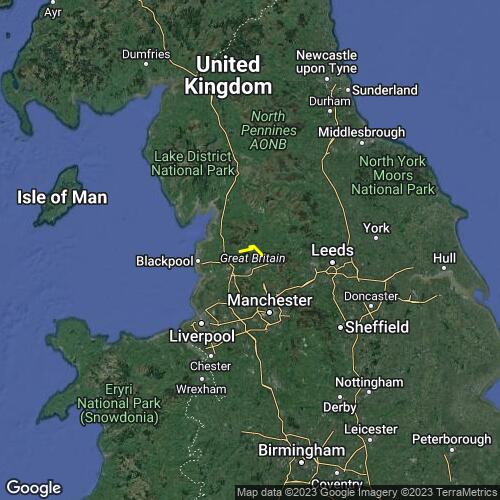 A flight snatched from the jaws of the weather gods. Forecast light winds were. Light. Eventually just enough to convince 3 of us to take off. Straight into a solid climb up to the monster grey cloud slowly encroaching over the back of the hill, which Jim and I spent the rest of the flight keeping (just) ahead of. Not quite made it to Waddington, but no option to turn back without being ingested, and probably digested, by this monster. Nice line of convergence led west along the valley until Chipping where the sea breeze was keeping the big stuff at bay. Best of all Graham and Francis were waiting to retrieve us, and whisk us back to my car, with a brief detour for a debrief at the Derby Arms. A good day.