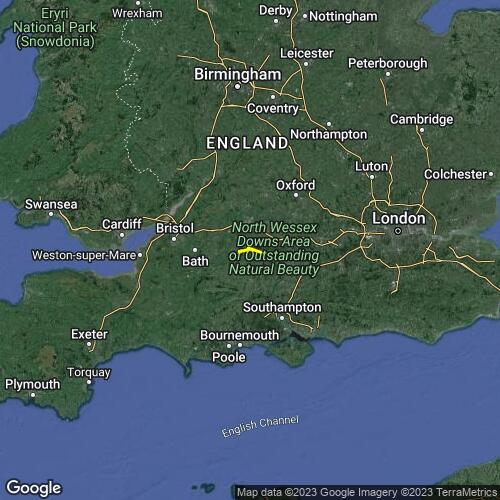 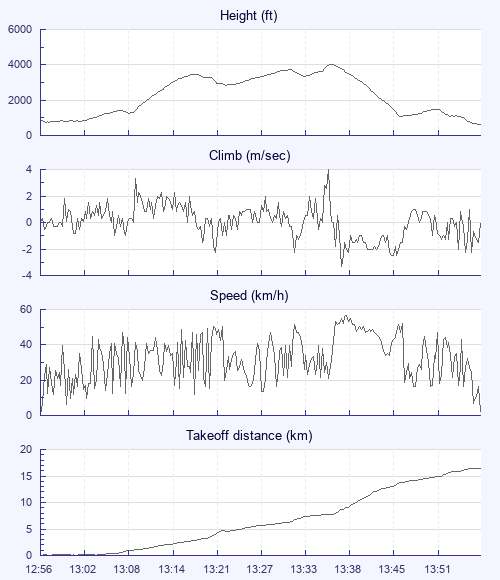 Rasp suggested it would be best from about 1400, so I didn't hurry, but was ready on the hill by 1230. My first short hop turned into a longer hop, and when Malcolm started climbing out, I followed; I'd probably not have gone for it on my own without getting higher out front, but of course if you have a little bit of height over the back of Rybury, you get a second chance at Milk Hill.

Sure enough, as we passed the spur Glyn Cassidy was on his way up below us, and a couple more were climbing from the bowl - Helen and A N Other. Glyn eventually caught me up and headed further south towards Malcolm, while I continued to work light lift over the back of the Golden Ball ridge.

Seeing Chris Williams climbing well to my north, I headed over there, but found a good thermal before I reached him. At 4,000 feet I thought this might turn out to be a really good day. In fact, I noticed cloud in almost every direction, and got ready to apply big ears. But I got a sinky glide as I approached Savernake Forest, and saw Helen land below me. Eventually I spotted Malcolm and Glyn climbing a long way to the south. I set off towards them still in big sink. I managed to find the dregs of their climb under a shaded sky, but it only dribbled me a couple of kilometres further, over a small herd of deer resting in a ploughed field. I landed beside a much bigger herd in a proper deer park.

I walked to the canal, and along it to the road north of Burbage. The first car to come along contained a couple who'd had tandem flights on their holidays, and kindly drove me right to my door. There I dumped my wing, and rode my Brompton back to Rybury, where I strapped it to the back seat of my scooter. People were still flying the Milk bowl, but getting little height, despite the magnificent sky.