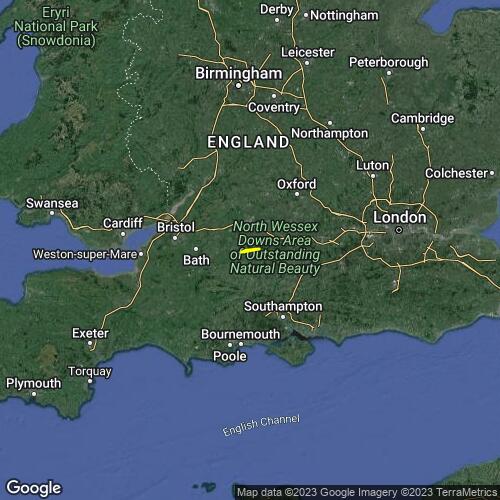 Faffed getting ready and as it switched on I was just a few minutes too slow to chase after Kirsty and Craig, spent a bunch of time trying to escape again with Mike but quit it after 45 minutes. Second attempt chasing kites and crows, with Andrew, Steve, plus others then a third attempt that almost saw me bomb in front of launch and so then I landed to unclip for a bit.

About 2pm it started looking better and more cohesive, it had been really broken and bitty low down, it had felt like we were just punting off into dusties. I had a feeling it would mellow and just be nicer, less spring-like later on in the afternoon. I had this exact conversation with Gary and then climbed out with him in a 2-3m/s ripper about 15 mins later!

The triangle chat had been Combe first or Uffington first, I set off for Combe from base and started hopping from cu to cu crosswind, got about halfway and realised how rural it was gonna get down below, the thought of bombing that far from civilisation got the better of me. I should have drifted back, on the way back, to tag a point near Marlborough to make a FAI triangle but I'm happy with a solid performance and a total of 4 hours thermal flying for the day.