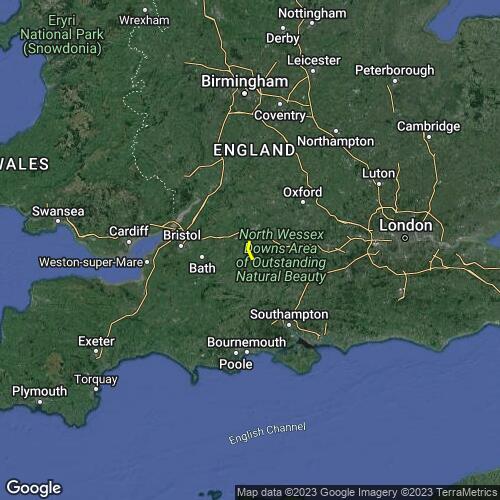 Until last year, I'd never done a cross-country in Britain in September, so it's been nice to do two little ones this month (so far)

I wasn't sure whether it would be too easterly for Golden Ball at the best time of the day, and considered Tan Hill, but at Golden Ball car park the wind felt close to southerly, and I saw several pilots walking up; lots more were already there.

Kirsty climbed immediately, but hung around as another bunch tried but failed to get up to her; then she went over the back with a couple more below her. After another gaggle had gone, thinning out the pack over launch, I walked down a bit to take off, and a lull duly appeared.

I didn't have to soar too long before a climb appeared. It was weak, but I thought it might be my only chance, so set off with an orange Niviuk and a UP of the same colour. The three of us searched for a stronger core that never really appeared. I abandoned them when two gulls appeared to be marking stronger lift, but I'd forgotten that gulls are terrible liars.

But as I approached the A4 I found another dribbly little climb that took me over Avebury, where the UP joined me; the Niviuk had stayed further back and got higher. Once I was past the ancient stones, the murkiness of the sky downwind persuaded me to stop trying to stay up and simply glide a few more kilometres to land by the road.

Jon Lai-Fang very kindly rang with the offer of a lift, and we scooped up Agi and Alex Harper as well. Altogether a much less stressful cross-country experience than I'd expected.