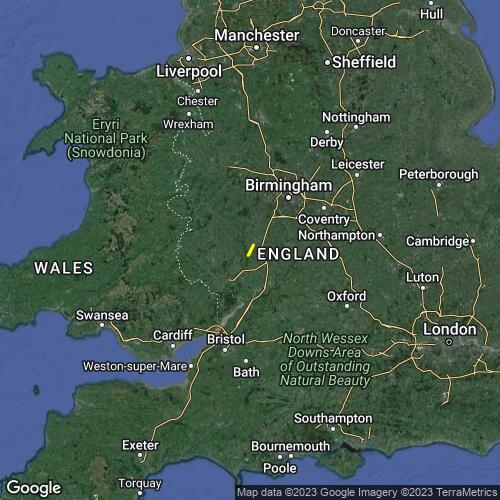 Fabio and I considered Pandy, but decided to stay local and try an out and return or triangle. So, it was off to the Malvern Hills.

Winds were a wee bit stronger than forecast, but pretty much on the hill. We set up, watched a sky god scrape away in, well. Very little, and waited for conditions to improve. The first flight was about 50 mins, cut short due to Fabio's frozen fingers.

The second flight (this one) was a little better as we were able to push out a bit further from the hill. But again the cold would get us, and after I had to scratch up from a low (ish) save we decided to head back and enjoy not getting a bus, taxi or train.

Sometimes it's nice to keep it simple: -)