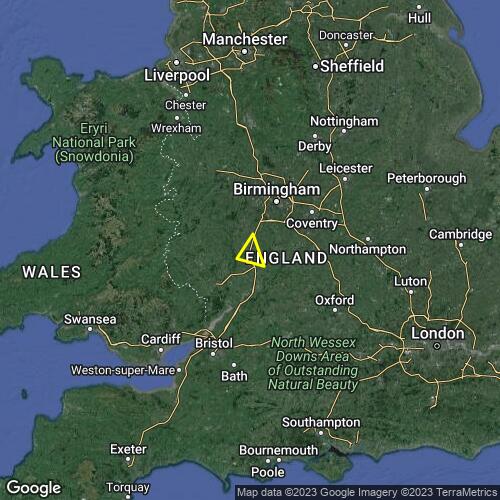 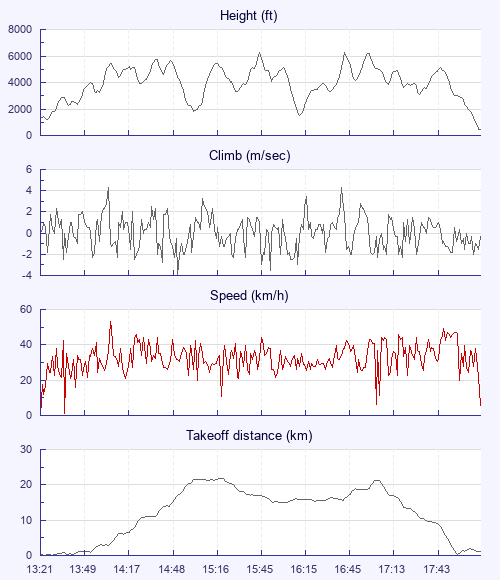 It was looking like the last day before the weather broke so Rob, Ollie and set off for the Beacon. Rob had set a 70k triangle which a few on the hill decided to do too, others were going bigger. Some were thinking of a downwind run and for a short while I was undecided even though it had looked very light on RASP in the morning. Then Ollie reminded me to 'stick with the plan'

Took off with Ollie and a few of us scratched some lift before getting above the hill. I then flew straight out to where Joe Dart was climbing and off we all went. Being light on my glider and certainly slower than the Zenos and Enzos, I was on my own almost from the beginning.

I was getting low as I flew over Droitwich, but with determination and focus levels set to max, I found a climb and tagged the first TP. Heading south now and finding enough lift in the blue to stay high enough not to feel the heat of the day, I got a good climb over junction 5 of the M5 which took me to over 6000' and headed for TP2. Down to 1500' I found some rising air over Drakes Broughton and spent a little time hunting better before hooking it and back up to 6000'. Nearing Bredon Hill I was needing another climb to go over the back of it to the turnpoint, which was in shade at the time, and get back to top up. I certainly didn't want to lose it now, so to make sure, I stopped at Upton to top up to 5000' therefore coming over Malvern with plenty to spare. My FlySkyHy gave me a little fanfare and I then hunted some sink to come in and land with Rob, Tony W and Charles. Ending the day with in the pub garden with Rob, Ollie, Charles, Alex, Kirsty, Idris, Joe and Mark, all of us having closed our declared triangles.

What a superb day. PB triangle and first declared flight in the UK.