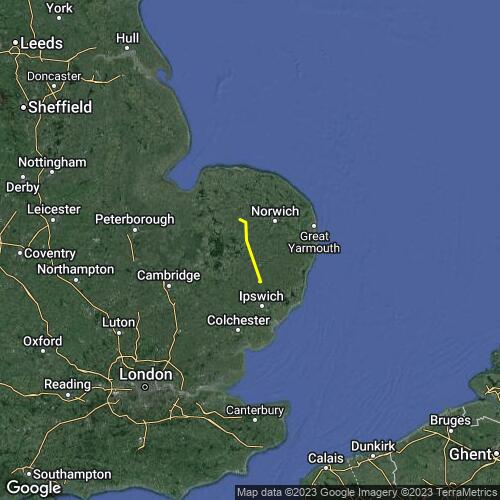 1st flight of the day i bombed at 5km, and after jogging half way back to the tow field and cooling off i was in the air a bit late for a second attempt of a declared goal flight to the home turf of Hill Farm.

Blue sky day, the first half of the flight was going well, but later on the climbs were all weak, short lived and hard to gain any height. Still, i made low and slow progress North towards the familiar foe of Norwich airspace. Pushed round the corner to give about 7km to goal, but at nearly 6pm nothing was going up and the deck soon followed. Close, but no cigar.

Best hangy pilot did 72km landing north of hill farm - I needed to be in the air 2hrs earlier!