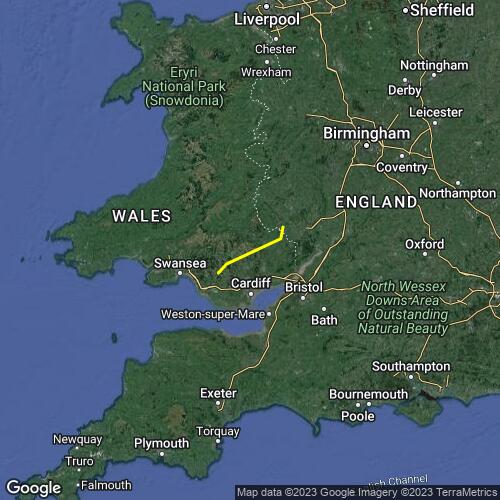 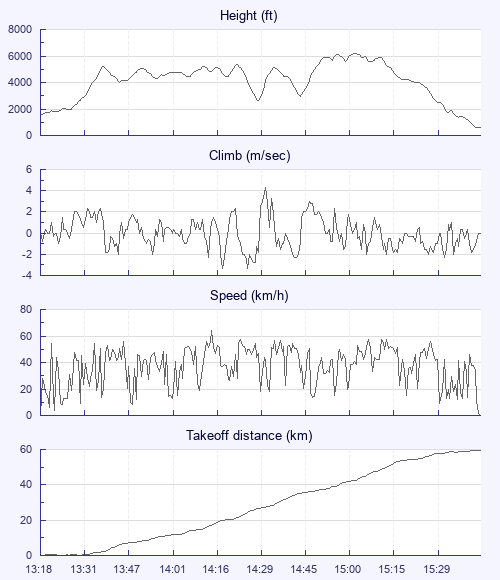 Becoming more and more frustrated with my inability to fly any distance at all, I had joked that I was at the stage where I only needed to press the button and ALL my gear would be up for sale, I was persuaded to give it one more go… If I didn't get any further than 10k this time, then I would be definitely giving up flying and taking up some other sport like maybe extreme knitting… 😊

Ben, Ken, Rob and I headed off to Merthyr, they with high expectations and me with none at all. The wind was too far off to the south at Merthyr so we made a dash for Nanty Moel. It was pretty strong there, but there appeared to be the occasional lull. Ken walked back to the car as he'd forgotten his coat and mobile and while he was away, a lull came through and the three of us were off, getting some good climbs and a really strong one that took us up to 5000', being aware of the 5500' airspace behind us, we all headed off with Ken radioing us saying that he wouldn't bother flying but would chase us in the car (but only as far as Raglan before he headed home)

I then remembered just why I love this sport, flying over the Welsh valleys with my friends, thermalling up and chasing the clouds. Once we got out over Abergavenny, we could stop running from the lift and get up to over 6000'. Ben and I had no goal set and were just enjoying the flying. Rob had set some distant town and eventually landed in Worcester. Around the Garway area it got a bit tricky and Ben and I were both decked about 2k apart, with Rob getting a climb. As I landed a lovely lady came out with a cup of tea for me and gave me a lift to Pontrilas where I caught the bus to Abergavenny and then the train back to Bristol where we had all left our cars. Ben got a hitch to Hereford and made the later train.

This sport can be so frustrating, but when it works, it's just soooo much fun 😊