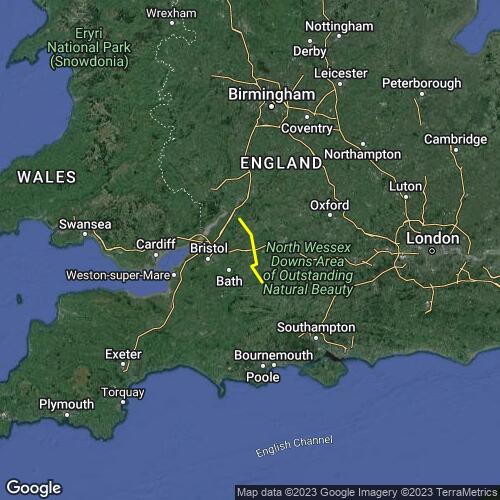 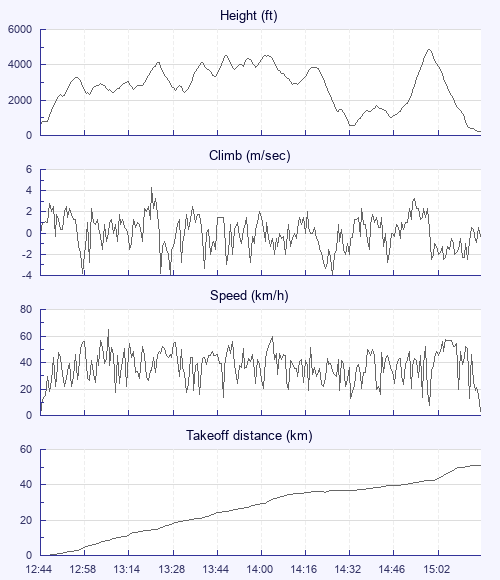 Launch timings caught a lot of people out. First signs of activity and off I went only to find myself looking up at a small group climbing away and the rest top landing. I was in the bottom field along with Lawrence.

30 minutes later we were back on take-off ready to go again. By now several small groups had climbed out. Of those left on the hill the going was now decidedly slower. Several had attempts and found themselves in weak lift drifting off, eventually getting to cloudbase someway over the back. I was lucky and got a screamer pretty much out in front of launch, almost catching the previous gaggle. Almost!

The sky looked good and certainly delivered great flying. Managed to fly with Rob K briefly before I took an unnecessary detour around rather than under airspace. From there on things became a little less consistent as I kinda lost focus. A day of flying on my own again. Strong climbs and equally strong sink saw me on the deck 2 hrs later.

Highlights were the climb out from take off, but also the low save back to base - Woo Hoo!