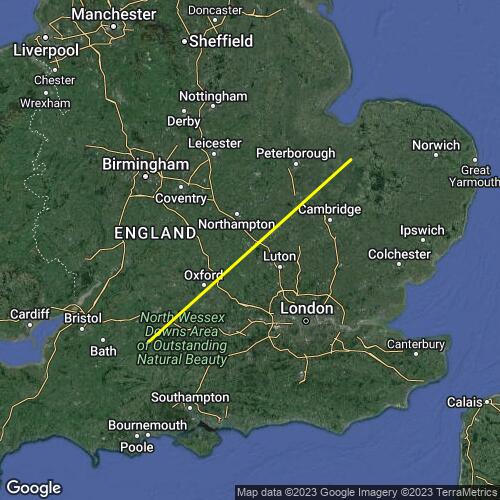 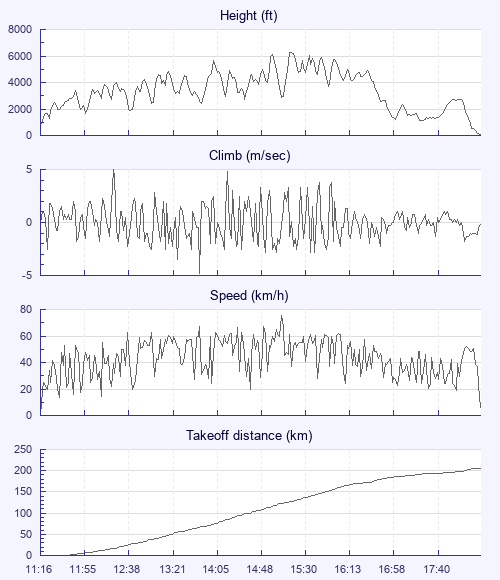 It's been an incredible last 3 weeks and my day job has taken a bit of a hammering. Richard Carter has done it again, the first to do 300 km. Amazing, and not even on a windy day. A big well done - no-one deserves it more. I was at Merthyr in 1994 at my first ever nationals when Richard did the first ever UK 100 km, and was amazed when he came out of a 10 year layoff to knock out 250 km+ in August 2011. Legend.

This flight was fairly easy with big 4-5 m/s climbs for the first 4 hours. Then it all changed. In the last 30 km when all the clouds spread out massively and it looked like the day was dying. Mark and Luke squeezed away from me and I was left alone, at 1500 ft, circling in zeros, shouting at the inside of my visor, in the shade.

I find flying gets is at its hardest when you're low down and your mates have climbed out above you and disappeared from sight. Stress levels go through the roof. I think this is what sets pilots like Graham Steel and Richard Carter apart - they're so even-tempered - or appear to be - throughout their flying.

I had nowhere to go and just had to sit in whatever I could find. There were a couple of gaggles of seagulls flapping about cross and upwind, so I pushed forward losing even more precious height, but above them I managed to establish in a half up.

Eventually I broke the magic 2000 ft mark. Wayne Seeley texted me to say well done for my patience, and told me I'd been stuck at 400 metres for an hour. That actually helped. It broke my concentration, I let the outside brake off to text back, and somehow climbed better.

I watched the glide to goal go from 15:1, to 14:1, and finally to 12.5 to one. Every circle was taking me closer, with around 15 km/h of wind, and I went for it, on a long, shallow glide. I made it with 300 ft to spare after the hardest 90 minutes of the whole season. Mark and Luke had already packed up, and as soon as I touched down they put their bags on their back to walk off to the station. Hilarious.