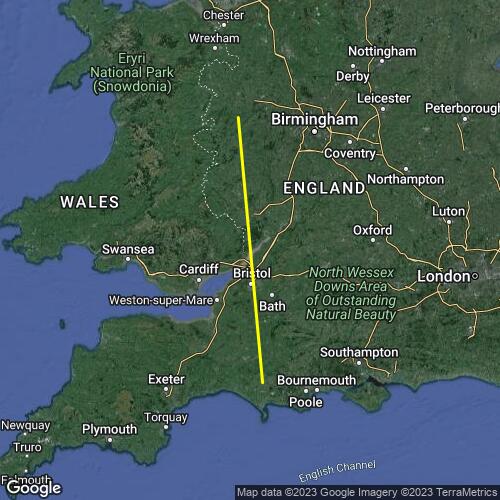 Highlights from today were…

-The gathering at the Lawley and catching up with so many old timers - was just brilliant.

-Flying with Dean 'sailplane' Crosby, haven't flown with him for 20 years (! )

-Being in such a collaborative gaggle, which just reduces the workload so much.

-Seeing Stroud from above, just stunning.

-Pissing all over the northerners on glide. It's true. Dean came on the radio and said, 'eh are you 'avin a piss cos I've got water droplets all over me glasses'

-Watching Mark do his magic over and over again, he just flies 10% better than the rest of us all the time!

-Obviously, arriving at the beach wasn't so shabby either.

Full respect goes to Carlo who left the hill earlier and was out front on his own till about the halfway mark. He was this tiny blue speck just about a brown field as our gaggle appeared like a V formation of German bombers. He scrabbled and scrabbled, and eventually climbed out after our shadows had passed over… Then went on to reach his more ambitious goal. That's tenacity!

And thank you so much Annie Thompson for driving round most of the country to give us such an epic experience.