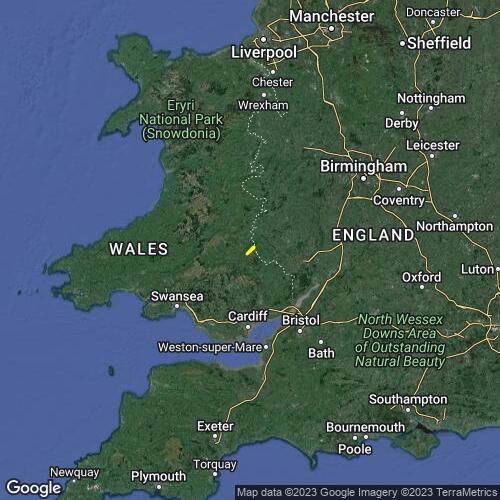 Hay Bluff in January and the forecasts all said the wind would be light, apart from RASP that said it could be quite strong and with a 3500' base, oh yeah. Arriving at the carpark was an adventure in itself as the car was skidding on ice on the road up from Hay. On the top the wind was light, but by the time I had got ready it was nearly blown out and I got off in a lull. Plenty of lift made for an easy run down to The Dragon's Back, I probably should then have pushed on a bit further, but was enjoying just boating about having not done too much flying for a few months. Then the predicted cumulus started popping and a push out from the ridge allowed me to get to base at 3300' - good old RASP. I landed as it was getting dark, which left only Ben flying and I wasn't sure he was ever going to land. An amazing sunset capped a fun day out.