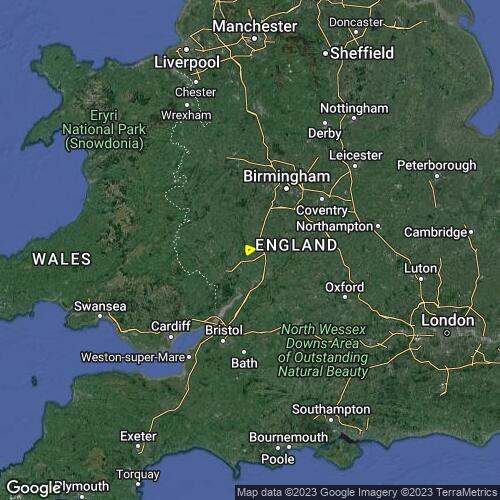 On arrival at around 11.30 there was only one pilot up, no more than 150ft or so, and sticking close to take off. The dash to join him was, well, slow. The gusty winds didn't translate into height gains, but did make for some sporty take offs. The rush to get in the air didn't really start until Mike H took off and showed you could use more than just the area in front of take-off. We then had upward of 20 gliders in the air within 30 / 40 mins. It was a tad busy.

My faffing time with the new harness was now much reduced, but I still waited on launch for a good 20 mins until a sustained lull came through. Having had a few top-to-bottoms recently I was determined to make this flight last. Just off launch I got into a screamer all the way up to 1,900ft. Take off was at just over 1,200ft. And this remained the case for the next 2 hours or so. Sometimes we'd get to 2,150, but mostly there were the occasional rough rides to 2 grand and that was it!

The inversion didn't start to rise until around 3.30. A slow climb from just in front of take-off took me past the 3 grand barrier for the first time. 2 others (A blue Niviuk and an Ascent) and myself climbed over the back before pushing forward over Great Malvern. Lots of little glides forward to try for the river before I gave up and headed back to take-off.