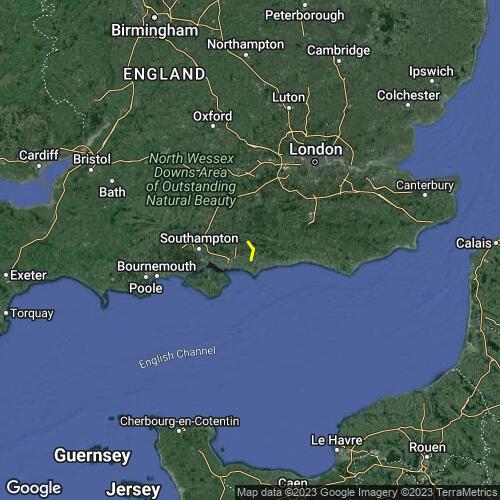 My first xc under a floppy wing. Initially I was looking for a 1000ft gain, the last task needed before the pilot exam but when i gained 3 times that, a quick down winder was definitely on the cards. The initial climb was hard fought, punchy thermals bouncing off the hill were broken, harsh and it was one hell of a ride. It was a battle to get height so I could actually turn a full 360 and start thermaling properly. Once I had connected I took the thermal to just under 4000ft and slid down wind taking in the views all of which were so familiar after flying over the same land in sailplanes. So taking in the scenery the thermals became fewer and far between but with some harsh sink around. I wanted to at least make bosham, I managed to land one street from my mother's old home, mission accomplished.