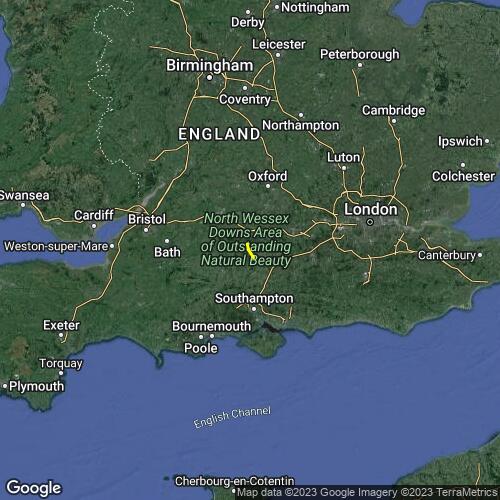 I wasn't expecting much today, but wrong mindset as others did a 100km. I wasn't planning on hanging around as the spring thermals and wind was all over the place.

I headed over to the hill to find a bit of top cover and it seemed to be switching from WNW to NNW. Then it switched to NE so all over the place…

I took off at the west end at 10.30am and it felt pretty lumpy. I landed then took off again and saw some birds out front with a plan to push out and use that to get away from the hill but that was pretty sharp with lots of active flying to keep the wing in place. I moved further out front and that worked nicely and a better climb found. Took that over the back and joined some other gliders and it was much more comfortable being away from the hill. We all tried to work on various cores all over the place but generally not loosing much height.

The track was quite southerly so tried to work various thermals but really bitty 1-2m/s climbs and we must have been there for 30mins. The climb eventually stopped working and I pushed over to a cloud that was slightly off the down wind track. MickW headed toward Andover and Dominik headed further east… So I was sort of in the middle: -)

The downside I had the worst glide with in parts -3m/s so moved off that line but lost loads of height and was now scabbling around at 600ft over some HT power lines. I found a weak thermal under the cloud and there was a brown field with tracker so keep working that for about 30mins not gaining but slowly drifting.

I gave up and flew over Hurstbourne Tarrrant towards Stoke and landed there.

A bit early to leave and crap decision making down wind decked me after just over 10km. Ah well, another day!