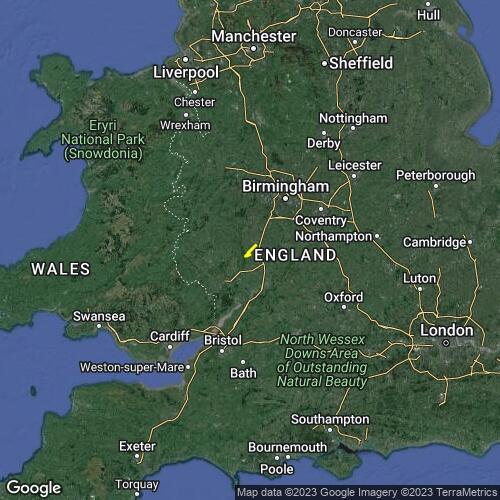 Been a while since I last flew. On the hill there were several gatherings all discussing the question of 'What to do? ' Triangle plans over the back as well as in front. Hmmm.

Rupert, Peggy, Ken and others set what we thought was a doable 50k triangle over the back, and sat waiting for the first brave soul to go up. Several went down, but 'up' was proving to be a little harder: -)

Although I'd opted to go over the back, once in the air decided to go out front as the clouds looked more inviting. Peggy joined me and together we made slow progress toward Worcester. We developed our own pattern of flying with me gaining height on the glides, whilst Peggy would always stay higher in the climbs.