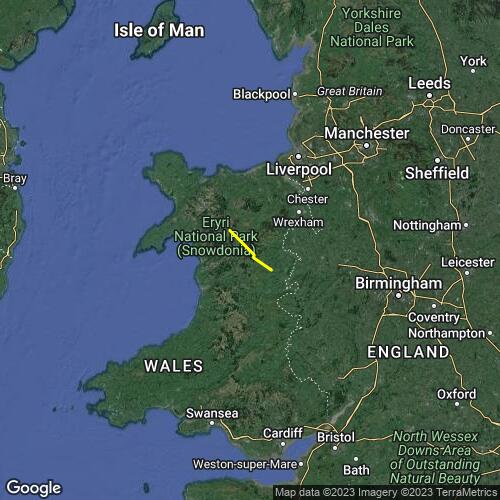 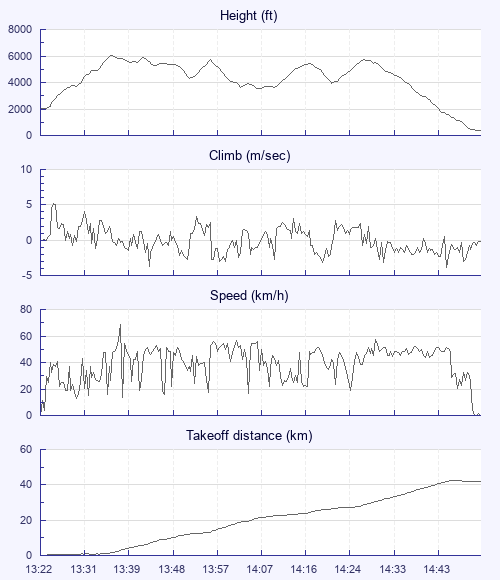 First real flight of the year. I had tried fixing my XCTracer to the back of my helmet but the velco patch had failed and the vario fallen down my neck and inside the duvet hood. The vario had turned off while waiting for conditions to come on. After getting airborne I tried turning the vario on but it just kept switching off again after a few seconds. After maybe fifteen attempts and screams of frustration I gave up and flew the rest of the day with no vario at all. It was curious flying so quietly. It was a strong day but without the scream of the vario to tell me I was very relaxed and others said it was a rough day but I didn't notice at all, even when taking a full blow out. Pleased to have got as far as I did.

Don't put your vario on your helmet and make sure it's charged up.