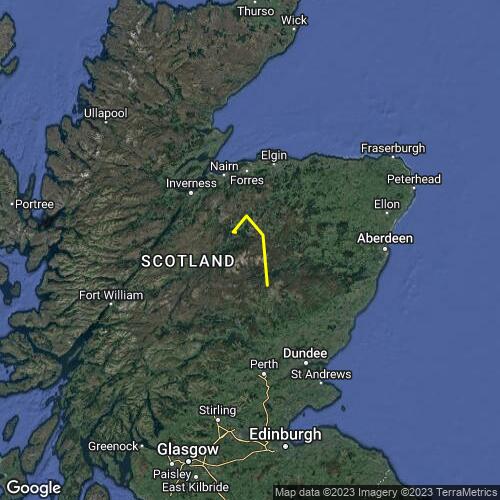 Another great flight and another goal just missed 2.5km this time). Snotty in front of launch but better onwards. Nice clouds downwind which was an improvement on yesterday. Lost John at Morrone but Kieran and I stayed together. Fabulous views of the Cairngorms as we went over Ben Avon and a nice convergence line. Kieran got drilled by the Easterly at Tomintoul while I continued to Grantown. Hit northerly just before 50km goal and too low (possibly) to get it so turned tail. Decided on landing at Boat of Garten, hit big thermal so had to go to other side of the Spey. Maybe should have gone up and maybe have joined Tony on his out and return from Creag Meagaidh.