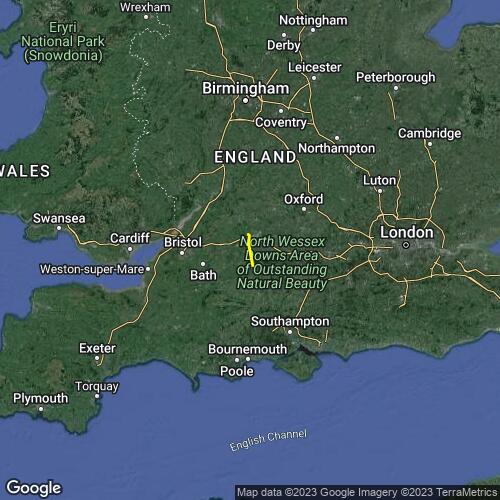 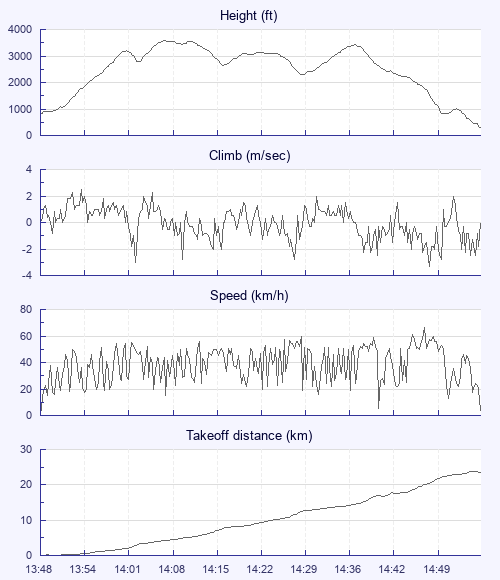 I launched from Golden Ball but could see lots of top cover cloud coming in fast. Very light wind on the hill and mostly thermic. My first launch I ended up at the tail end of a thremal and after 5 mins as slope landing at the bottom. Sweaty walk back up I waited for the next cycle and saw Gus lunch and into a fairly solid thermal. I launched and got straight up there and started to core the thermal over the back. Very slow progress due to the light wind. The climb was 3m/s to base in almost zero cloud over the back. I saw the first gaggle over the West Kennet turning slowly and headed that way for a top up. We then all worked together along Fyfield Down and Avebury then towards Winterbourne Basset and the ridge working the light thermals. The top cover was now almost total cover but still some sun getting through. We headed over toward east of Royal Wootton Basset. I just couldn't connect with what the others were in so struggled to top up before heading over the M4. I decided to leave the gaggle and head over to the west of Swindon and see if I could pick something up. I got to the village of Lydiard Millicent where the HT power lines and found a little scratchy climb but just couldn't work it. Headed to Purton village and again nothing, so that was that.

Landed with Mike Byfield and to get a lovely welcomed retrieve from Lee Bligh.