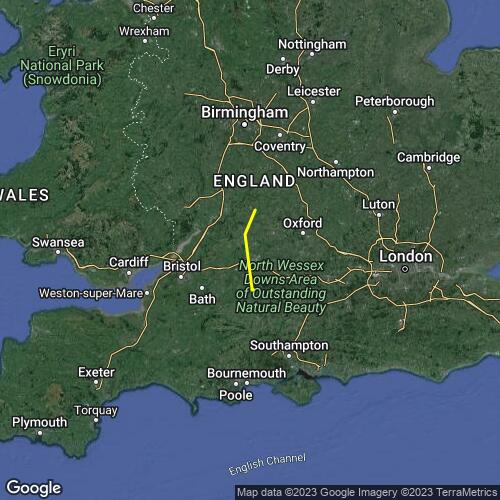 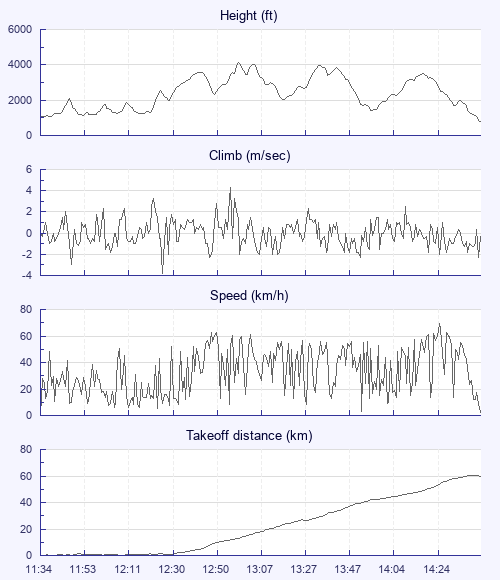 What a super squeeze. - through the gap in airspace.

Planned the day before with a goal at Honeybourne for the train. The forecast was for S to SSE direction gradually going SSW, if only I can fnd a gap between Kemble, South Cerney, Fairford and Brize. RASP said it would be zero star for much of the flight, but no harm in trying?

Hung around for nearly an hour waiting for others to launch and get high in the ever increasing wind, but 3 others eventually did and so the adventure began.

I got to base again just before Swindon and headed off alone as far west as I could. We lost one wing who'd got low somewhere before Swindon and came my way but I don't think found my next climb. Two others chased after me (after giving up on their plan to head towards Oxford) and got a better climb than the weak one i was in, so I turned round and went back to theirs. It was Alex and Martin, and we flew all but the last few minutes together and without that may well have been down. It was great positioning ourselves through the tiny gap (only 1 mile wide) between South Cerney and Fairford, and even got a climb that took us out. However the climbs were becoming very disjointed and we were bouncing around like 3 yoyo's and without having each other as markers as we went around in circles I'm sure we would have lost it.

Lost Martin just before Bourton on the water, Alex went ahead and though climbing a bit gave up and went to land, so I did too. After walking a couple of miles, made for a successful shared retrieve, getting group discount on the trains and shared taxi fares.

All in all a super autumn day.