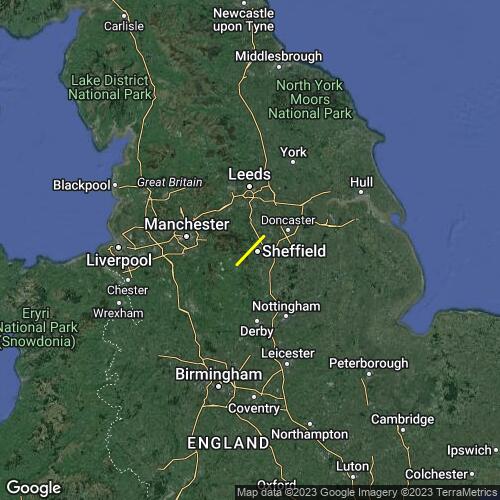 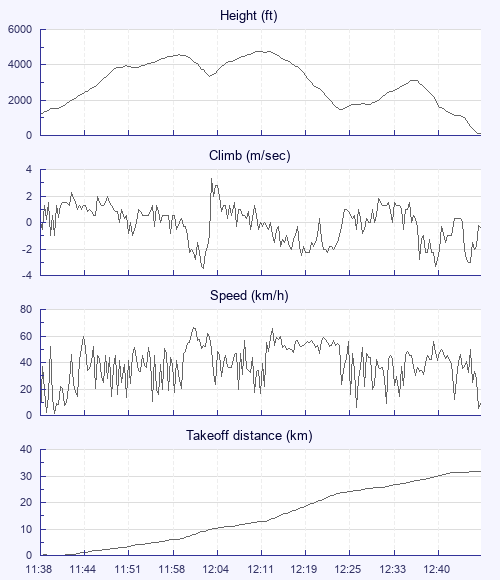 The final task of the Bpcup 2018 set by Gareth Aston on a tricky day. The weather forecast was positive (we would probably get a task in) But it would probably be blown out with 20mph+ winds forecast by 13:00 - so with a large field of pilots with mixed experience on a difficult low site, not everyone would get away. Multiple starts were allowed, with many pilots landing 3, 4 or more times - the unlucky ones at the bottom either walking or running up. At least one van fetched some from the official bottom landing field. Some very experienced local pilots set Scarborough as their goal (140km)but the Bpcup pilots had to get back the nearby gliding club (our hosts for the comp) early enough to be scored and the year's winners calculated, so we had 28km to goal near Swinton Station. Most of us took over 30 to 45 mins after the start gate opened at 10:50 before climbing out. Once away from the hill conditions improved, with solid slow forest climbs followed by stronger and sometimes rough thermals as the day progressed and the wind strength with it. A good number in goal, an equal number spread along the way, and a large number of pilots unfortunately stuck in Eyam when the gust strength forced the meet director to close the launch window for those left on the hill.