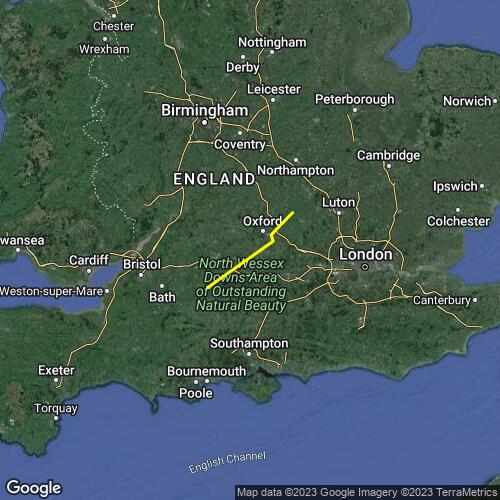 Too windy was the reason Graham gave for changing plans this morning. Too windy in the east, but less so toward Milk. A 15 min drive was now 1 hr 30. Damn!

On arrival at Milk the morning tea club was in chat mode, hosted by Andrew C. 10.45 and conditions were windy, cloudless and with a touch more south than forecast. The heard decision was the White Horse take off. Noon and we're huddled on the pimple, clouds popping, winds pretty much westerly as forecast, and at times howling. A few early hops by the brave confirmed that although the wind was off, the pimple was kinda working.

As expected, the climbs were gnarly, not helped by the breeze running along the hill rather than over it, but at around 12.20 the first groups were away. Andrew and I found some lift shortly after, but the brisk westerly drift was challenging. We pushed back along the ridge to take off, where I managed to squeak away in the now standard rough first climb. The second climb was also rough, as was the third and etc, etc. You get the picture. For most climbs I opted not to share thermals too closely with others for fear one of us (more likely me) might loose control. I also suffered greatly from leaving thermals early. A mixture of poor planning, thinking 4,500ft instead of 5,500ft in the wrong places, and cloud concerns.

The gnarly thermals aside, it was great to cruise over Marlborough, look down on what's left of Didcot power station, get beyond Oxford, fly with sailplanes, etc etc. Lots of firsts and all fab!