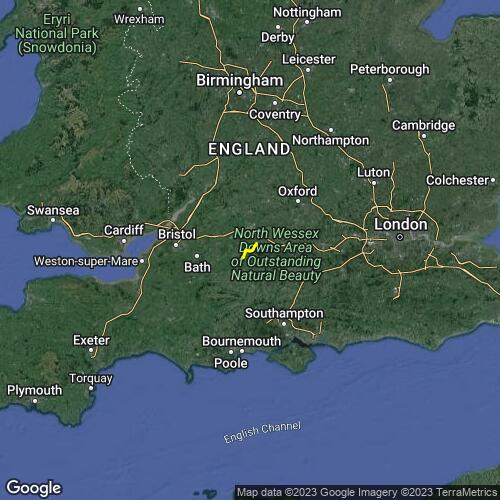 There had been a plethora of Notams all over the area, but most had been cancelled. That still left the transit of the Red Arrows, from Fairfor to Goodwood and back, at a not precisely specified time. And then there was the World Cup third-place play-off, and the men's singles final at Wimbledon…

So perhaps a short flight was a good thing. I got my wing out in the bowl, but when Kirsty landed and said it was horrible, I followed Steve Newcombe's example and walked around to the White Horse spur, arriving as a gaggle climbed out.

For the next hour or so, no one got high, and I slope-landed several times. But then a couple pushed boldly out front and went up, prompting a large bunch of us to pimp off them. My first climb seemed to fizzle out over the bowl, and rather than charge blindly downwind I calculated that I might just be able to get back to join a gaggle still climbing over the White Horse launch. I made it (Phantoms are good)

But I reached base later than the rest, so set off on my own, chasing Steve. I joined him in a zero, and then glided even lower. As we wandered around looking for a climb, I found one, while Steve bombed. But I lost mine well short of base, and my next glide was to the ground at Ogbourne St George. A local resident came to welcome me and point out the exit from the field - he said the farmer was grumpy, and would be so even if I'd landed and handed him a gold bar, so I didn't hang around to meet him.

A quick drink in the Inn With The Well, and home in time to watch the second half of the football. Nice.